In 2019 Vanuatu Cultural Centre successfully carried out its first ever Live Stream of the 4th National Arts Festival which was held at Wilkins Stadium, Lakatoro, Malekula.

Over 2000 viewers Nationwide and a hundreds more globally witnessed the Festival through VKS Live Stream Network for a total of 6 days.

This was made possible through the use of the state of the art audio-visual system brought in from Australia & Japan through the support of the French Government through the French Embassy with the Vanuatu Cultural Centre.

Since then the Vanuatu Cultural Centre has done a lot of Live streaming of various activities for different communities in Port Vila including Government Agencies, NGOs and Private sectors.

Vanuatu Cultural Centre aims to work more closely with different Communities, the Government and Private sectors to stream live and/or Produce documentaries on any activities that would be of future importance to the people of Vanuatu. 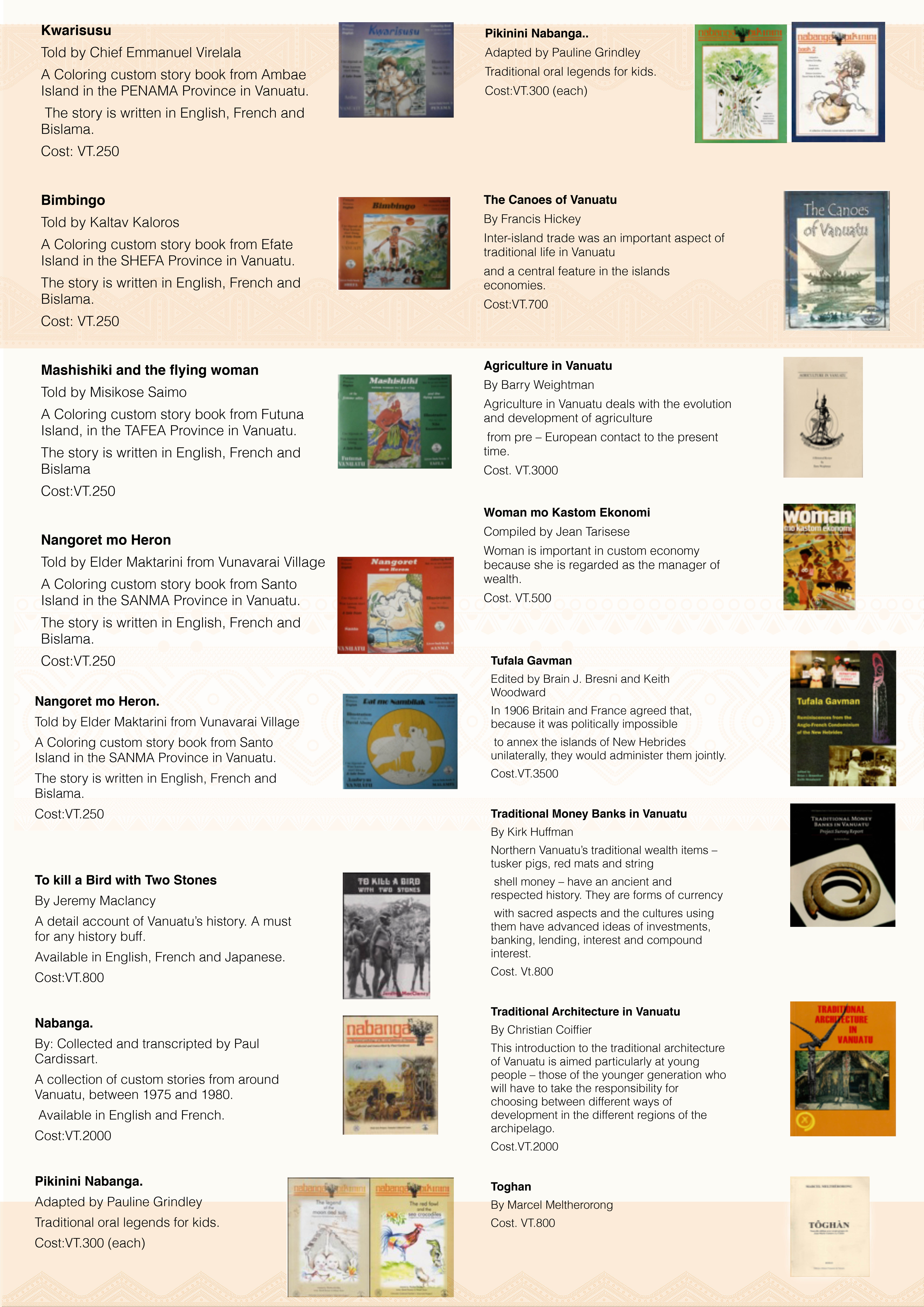 Woman Cultural Program. The Vanuatu Cultural Centre & Side by Side Film Present

The official launching of the documentary will take place at the National Museum, on Tuesday the 25th September, 2018, at 4.30pm. The Vanuatu Cultural Centre’s (VKS) Fieldworker Network is a unique model of sustained indigenous collaborative cultural research and revitalisation spanning more than 4 decades. Iterations of this project, with its network of more than 100 indigenous researchers spread across most of the 83 islands of the Vanuatu archipelago, have undertaken cultural documentation and revitalisation at a scale and scope unparalleled in the Pacific, and perhaps the world. This project uses documentary film to explore the history and purpose of the VKS’ Men and Women’s Fieldworker Network in the face of contemporary social, cultural and environmental change. Made by Dr. Maya Haviland, from the Australian National University, and Brad Riley, in collaboration with the National Film, Sound and Photo Unit of the VKS, the resulting ½ hour documentary features contemporary interviews and archival material gathered over many decades by Vanuatu’s ‘original researchers’, the Fieldworkers. It explores the ways in which this unique network continues to harness the cultural commitment and knowledge of volunteer researchers across the country, contributing to cultural revitalisation in communities, and shapes the core operating logic and collections of the Vanuatu Cultural Centre.